London-based ticket marketplace Seatwave was looking for a mobile app to engage their audience, and they found it in the form of Timbre (which I also worked on). Seatwave acquired Timbre, and I led the development team from both companies as we rebuilt the app with heavy UI/UX concentration. 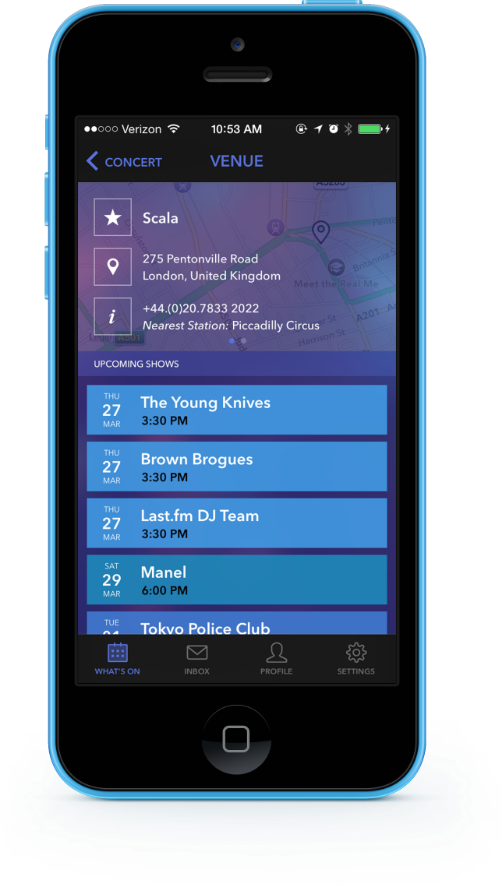 The backend integration with Seatwave’s API was easy, as I had already made hot-swappable clients for other services while working on Timbre. The focus of the Seatwave project was hyper-polished, animated UI. Our designer got to run wild with this one — and it was our job to make it into reality. Custom table view cell backgrounds and animations, view controller transitions, navigation and tool bar effects, touch handling, and a calendar view built from scratch. I love using apps with cool UI, and it was a ton of fun to dig in and figure out how to put it into code.